It seems to start earlier and get more crowded every year, though I think last year was a record when Michelle Obama was one of the keynote speakers. The trains are always full…of women, many craving the keys to the kingdom, or just to a better way of working and living that’s more – them. They’re seeking permission, forgiveness, acceptance, and empowerment, and they get it.

I know there are a number of breakouts I can attend, and some of them fit right into my wheelhouse, like personal branding, LinkedIn, salary negotiations, etc.

I attended Dr. Jen Welter’s breakout because she became the first woman to breakthrough the NFL’s gender barriers as a coach for the Arizona Cardinals. And, because she did such an awesome job blazing the trail, she has effectively kept the door open for several others to follow:

I have helped many of my clients overcome many kinds of bias, but I had to hear her story – how she did it, who helped her along the way, what happened once she was there, how she got a team of male football players to give her the respect that enabled her to effectively coach them.

I took some great snippet Tweetables from her talk, suitable for a large room of women or a stadium with the energy and confidence she projected. What she taught transcended gender and apply to leadership in the face of bias and increased scrutiny. She was teaching us how to and why to KICK GLASS – don’t let others tell you what your limits are. Defy them by being your full, authentic self. 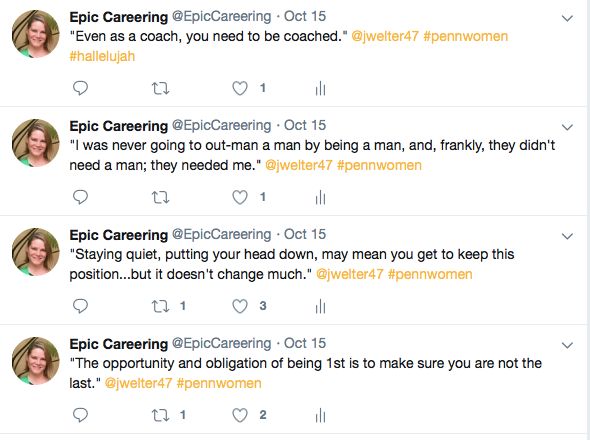 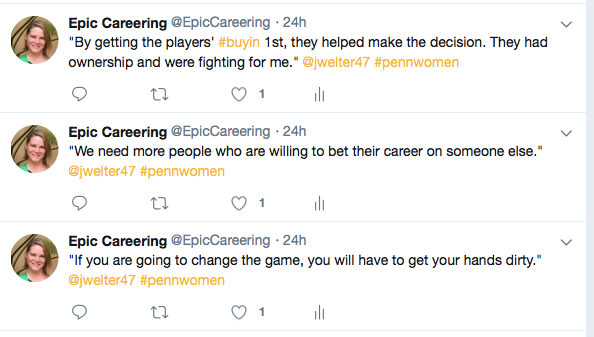 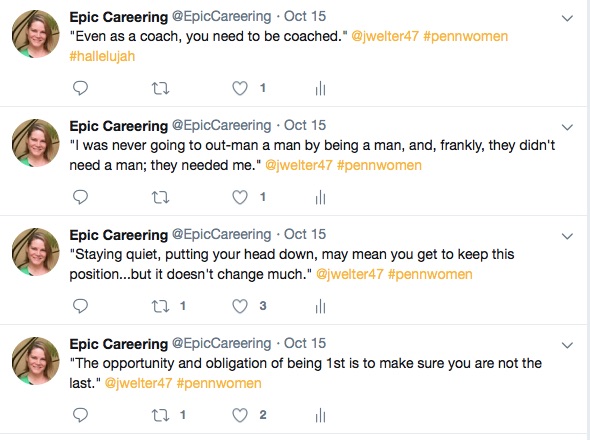 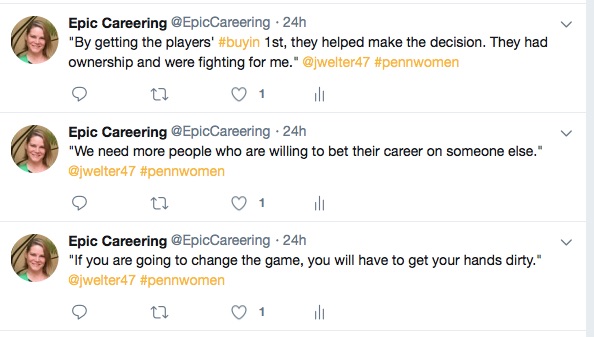 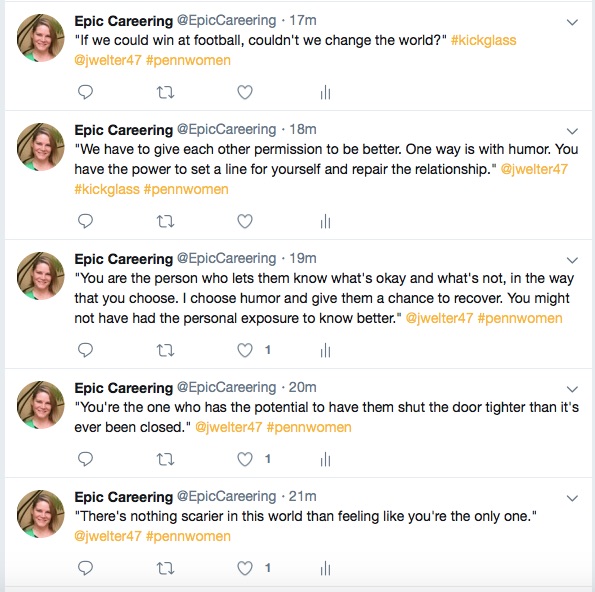 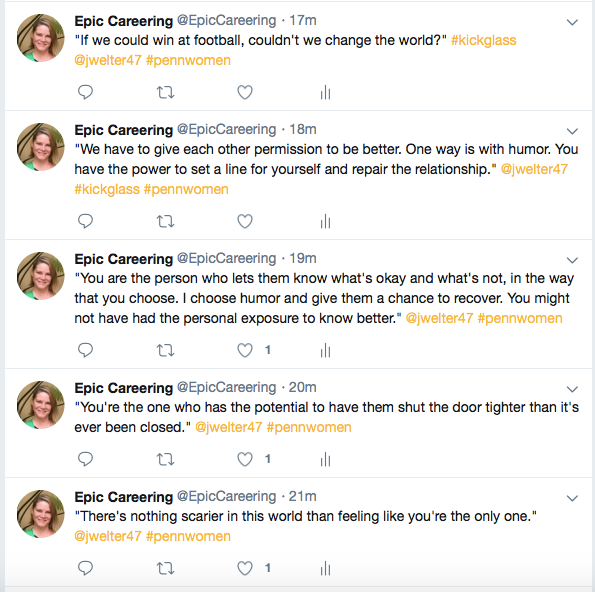 If you ever get the chance to see her speak, or read her book, Play Big: Lessons on Being Limitless from the 1st Woman to Coach in the NFL, I recommend you take it. 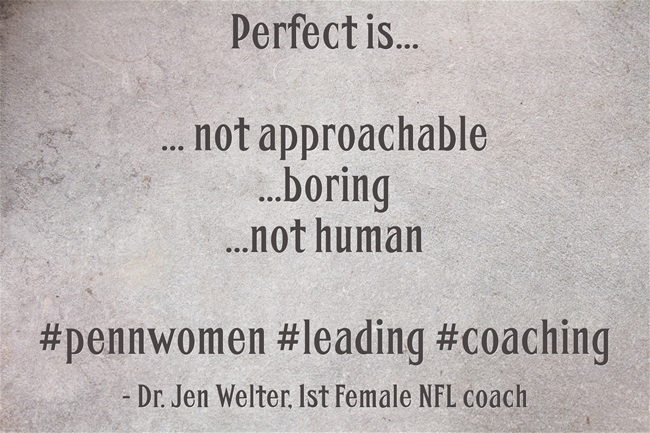