Jen Welter Breaks Through With Girls Cleats and Football Camps

Dr. Jen Welter made history when she became the first female coach in the NFL with the Arizona Cardinals, and she’s continuing to make history with her work with Adidas. During Super Bowl weekend, Welter held a football camp for girls back at Booker T. Washington High School, bringing in girls of all ages and skill levels to learn skills from Welter, her coaches, as well as NFL star Jaylon Smith of the Dallas Cowboys. The camp was the first of multiple camps she’s going to hold in partnership with Adidas, with future camps coming in New York, Los Angeles, Boston, Miami, and Dallas.

During the weekend, Adidas announced the partnership with Welter and spotlighted the first-ever women’s football cleat, which was made and designed at SPEEDFACTORY USA in Atlanta, GA. The custom cleats were inspired by Welter’s journey through football and her motto “Kick Glass”. At the camp, Welter spoke to the girls there and relayed her story of breaking through barriers in the sport of football. (Get a close look at Welter’s cleats and hear hereOpens a New Window..) 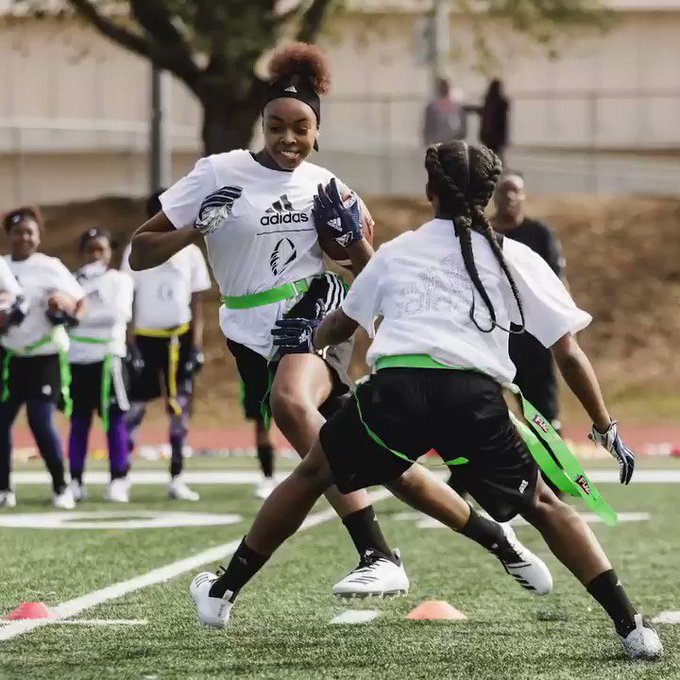 32 people are talking about thisTwitter Ads info and privacy

Welter spoke later about working with Adidas on the cleats and what her experiences have been like as a woman in the world of football. “The cleats and the sneaker both have elements that are part of me,” Welter said. “I always say ‘kick glass’ and it has been a blessing so far to have support from Adidas and from so many people in the world of football. That’s the reason why I’ve been able to do stuff for women and I’m proud of that, both with the cleats and the football camps and giving girls these opportunities.”

Here’s a look at Welter’s gear: 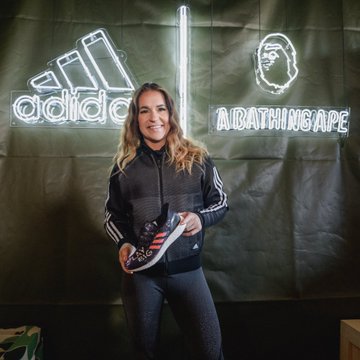 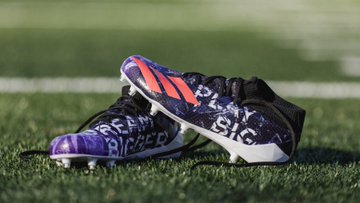 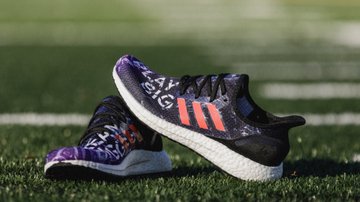 adidas Football US✔@adidasFballUSPLAY BIG. DREAM BIGGER.@jwelter47 is breaking down barriers on and off the field in her custom #SPEEDFACTORY cleats + sneaks.#teamadidas 643:17 AM - Feb 3, 2019 · Atlanta, GA

15 people are talking about thisTwitter Ads info and privacy

Here’s a few more looks at the gear and weekend of events from Adidas: